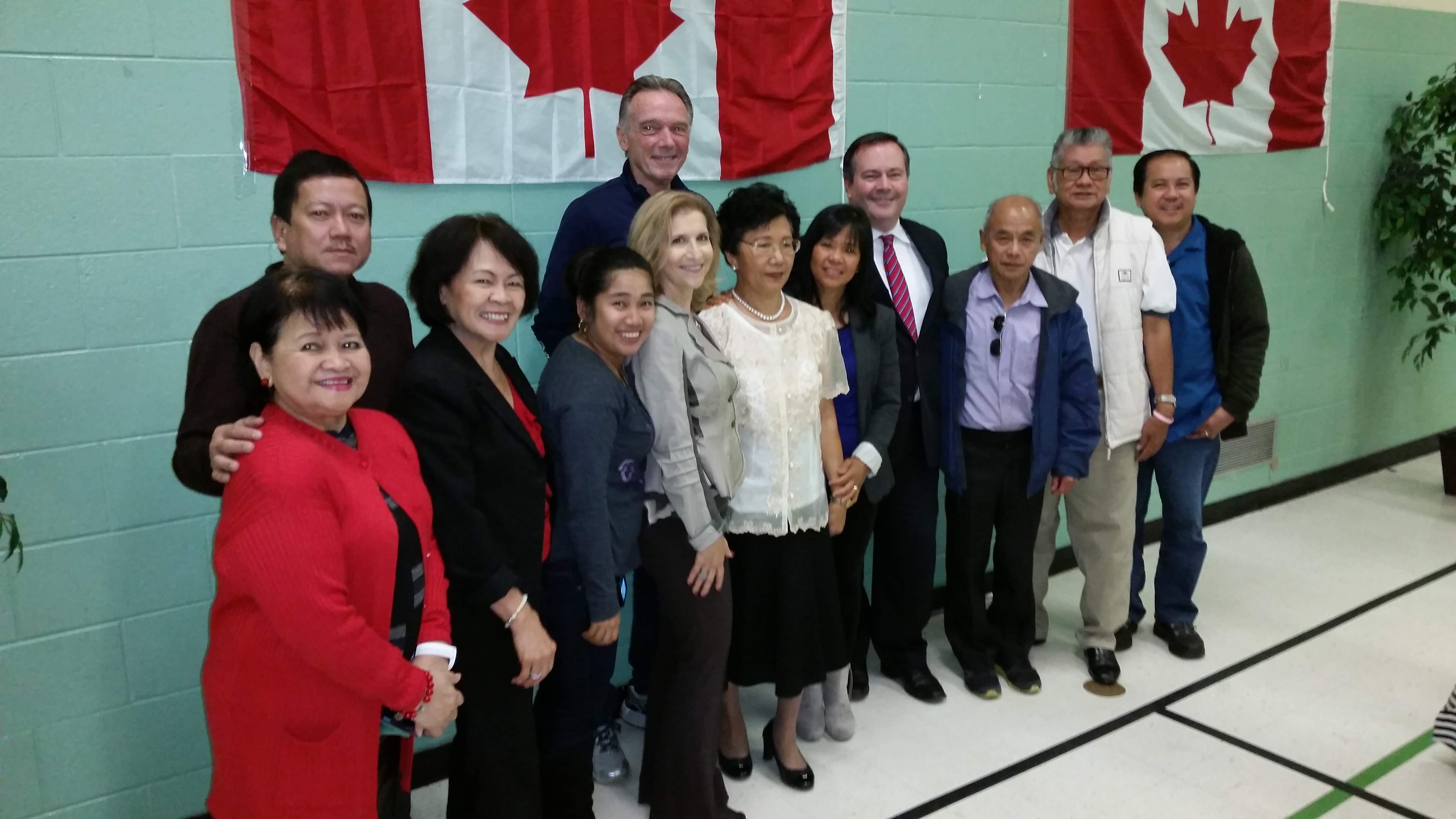 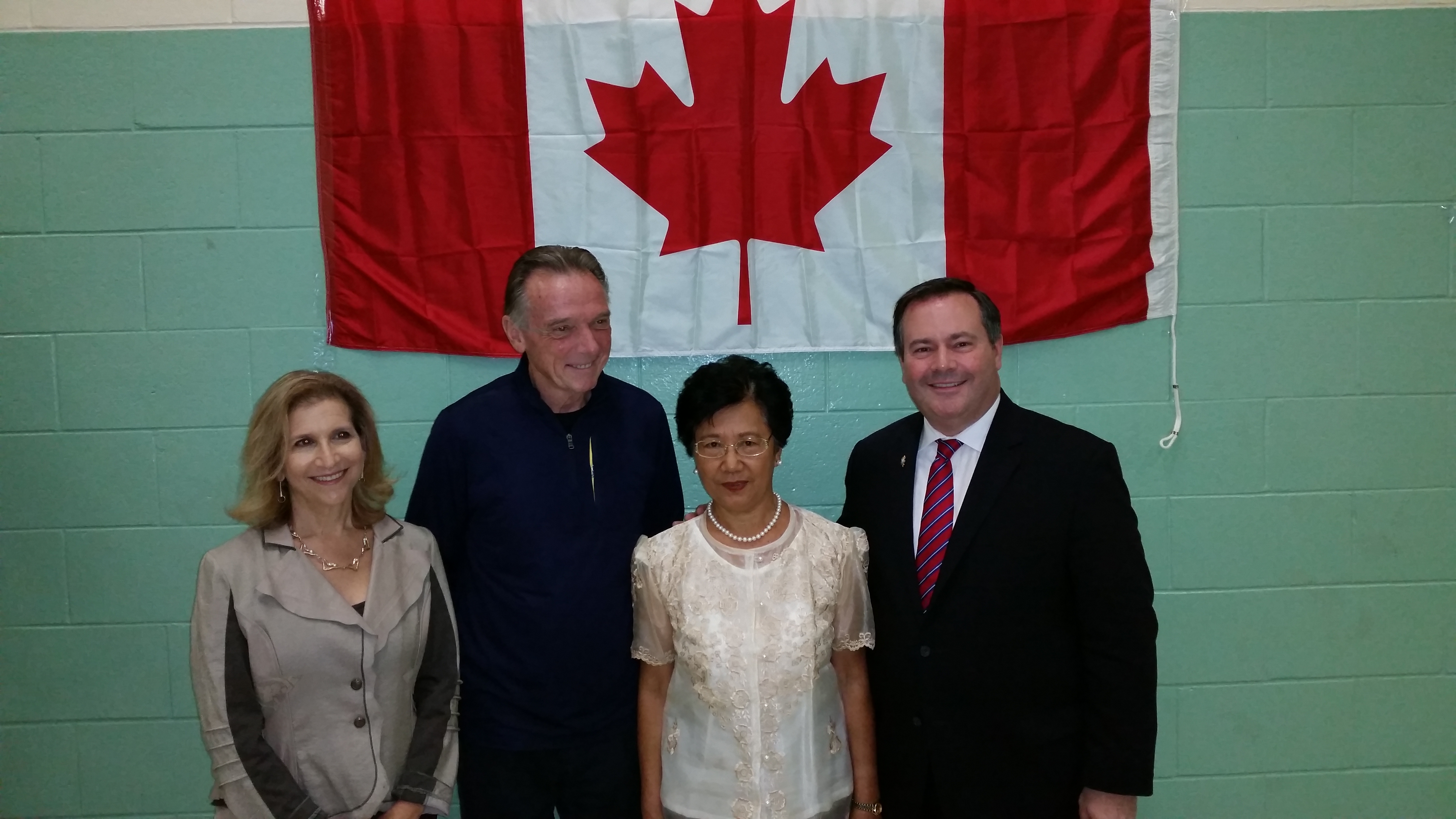 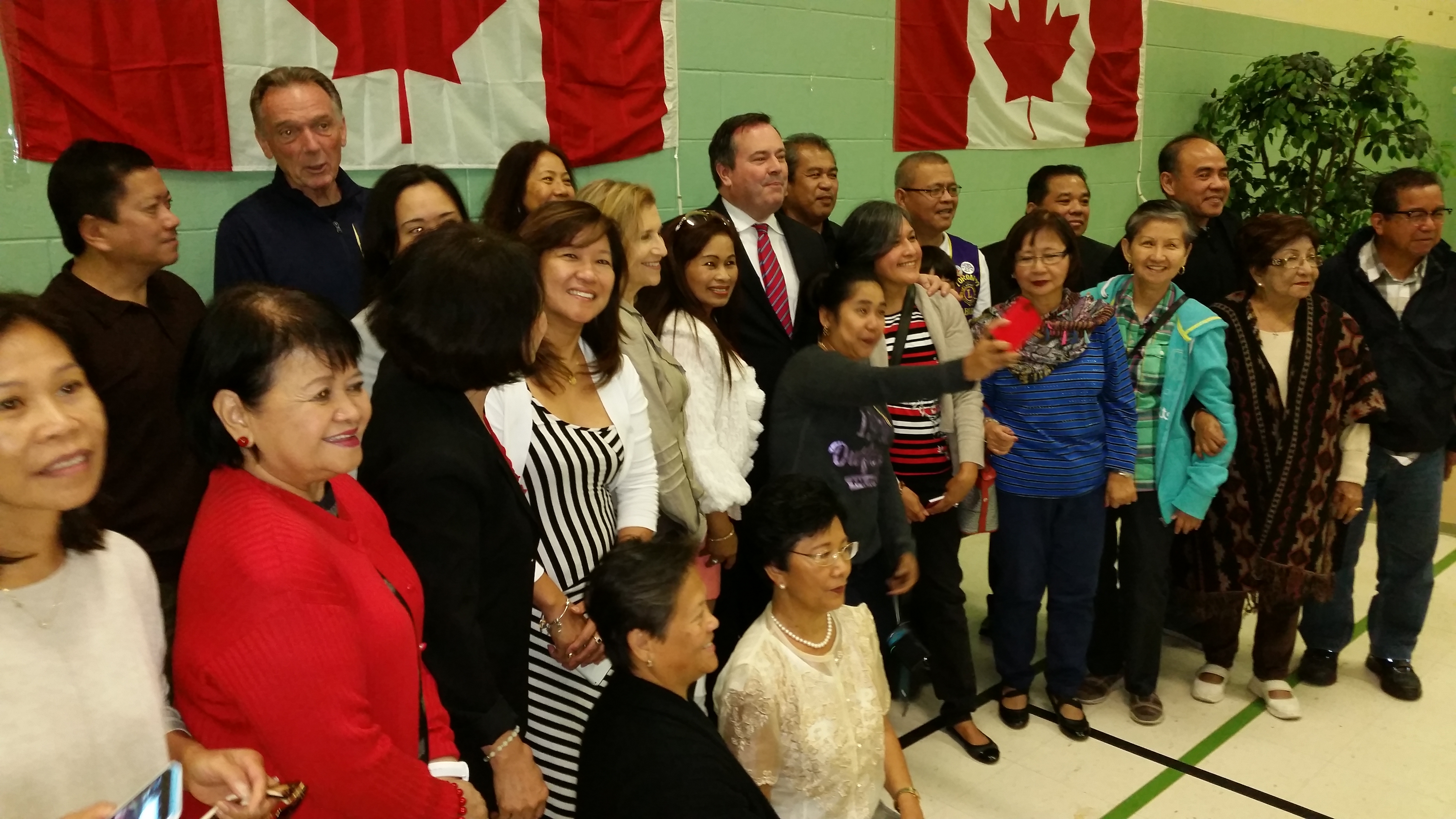 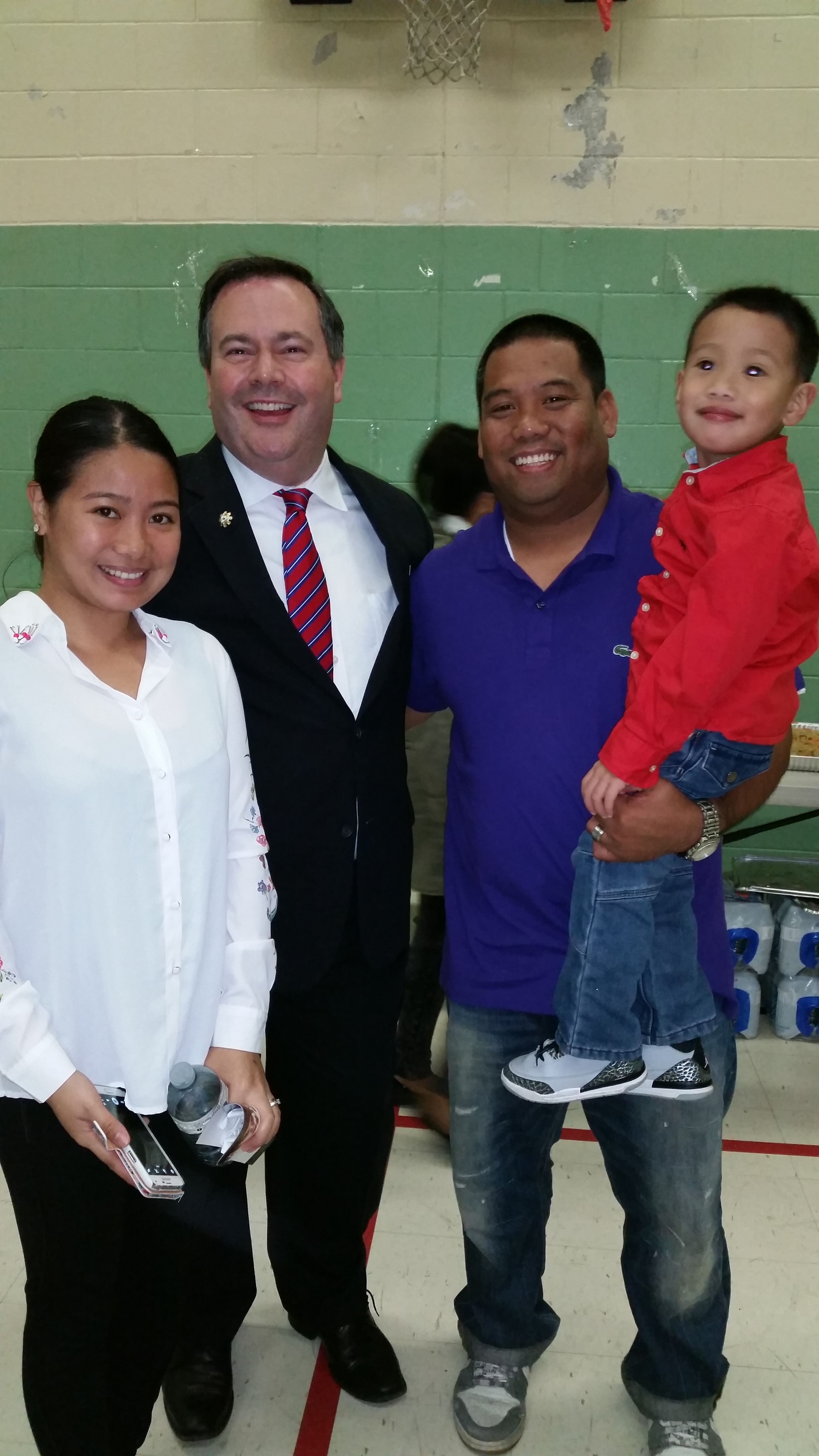 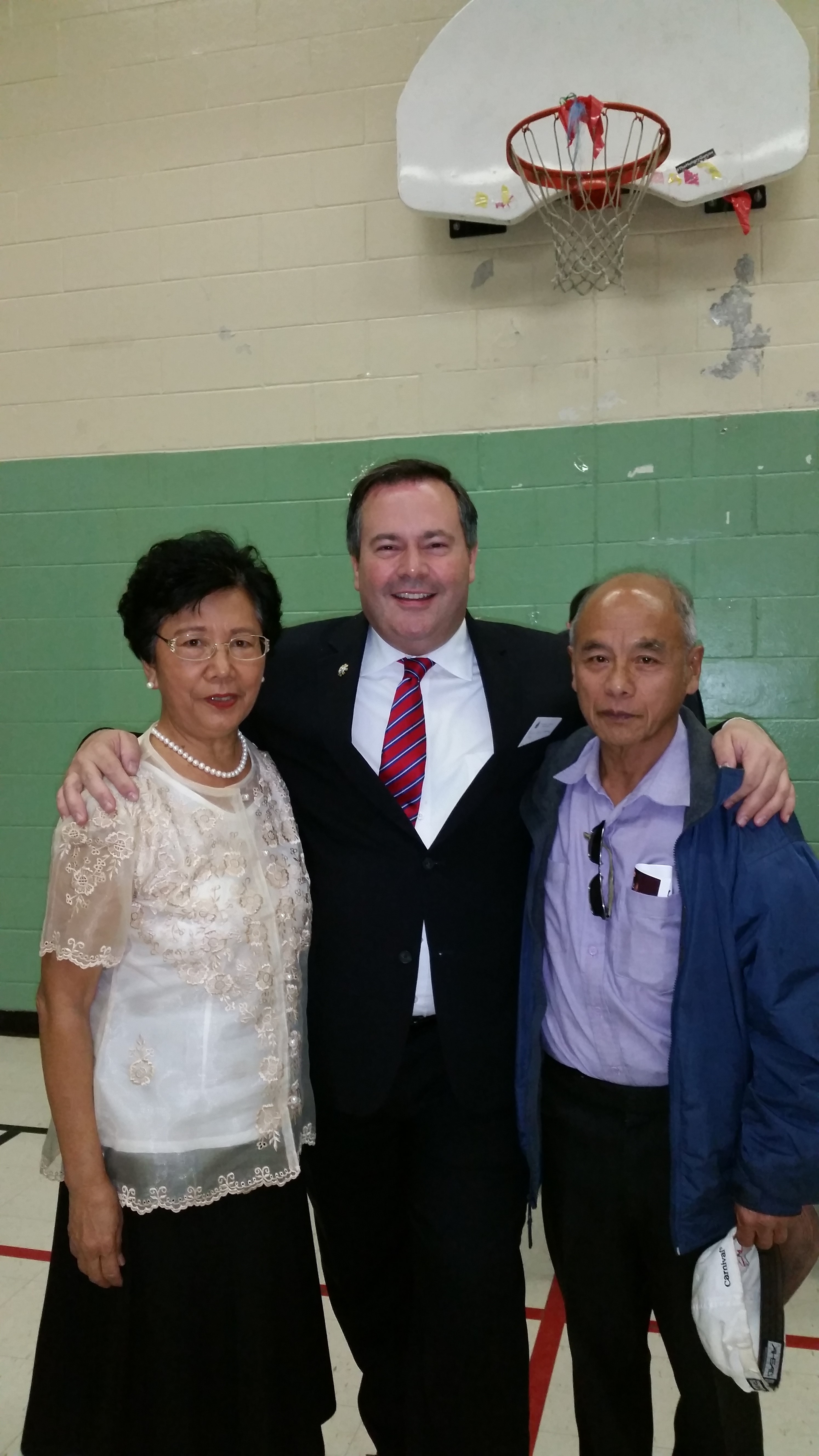 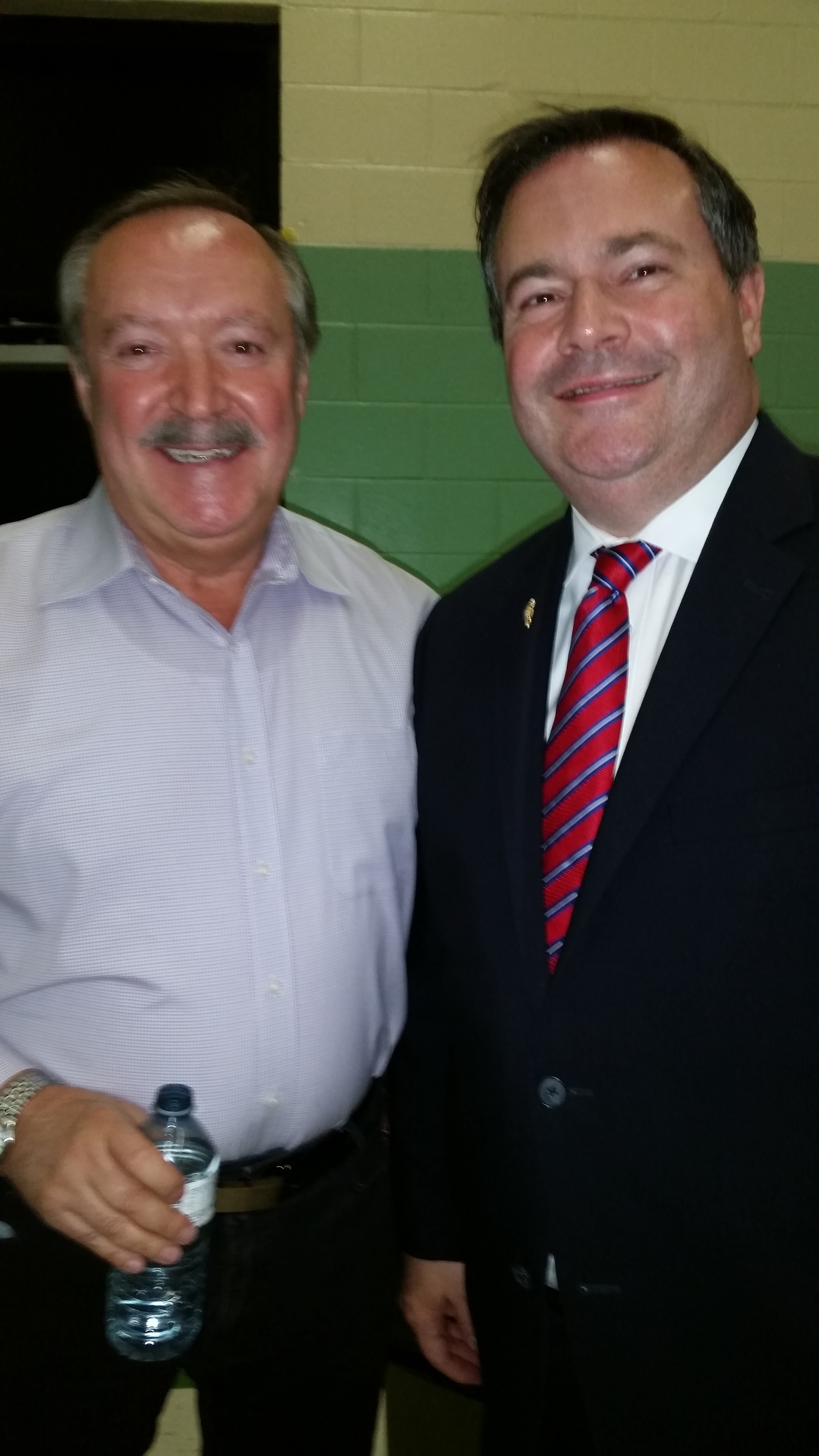 The Hon. Jason Kenney, Minister of National Defense and Minister of Multiculturalism visited the Filipinos at Patricia Kemp Community in Vaughan.  With him are Hon. Peter Kent and MPP Gila Martow.

Former Minister of Citizenship and Immigration

June 11th, 2015 | Posted by fcav in News Updates - (Comments Off on Filipino Day in Vaughan to celebrate Philippine Independence) 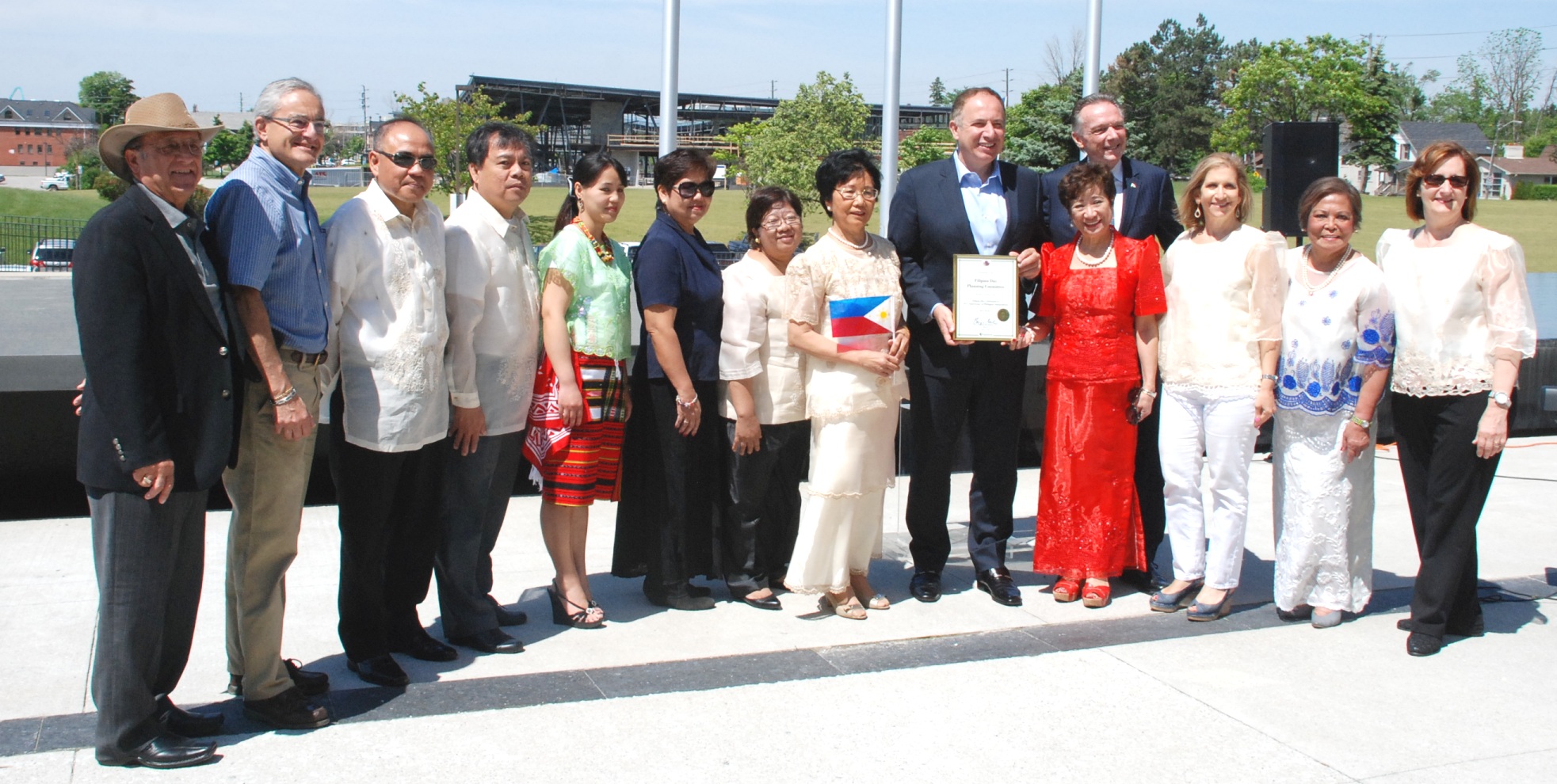 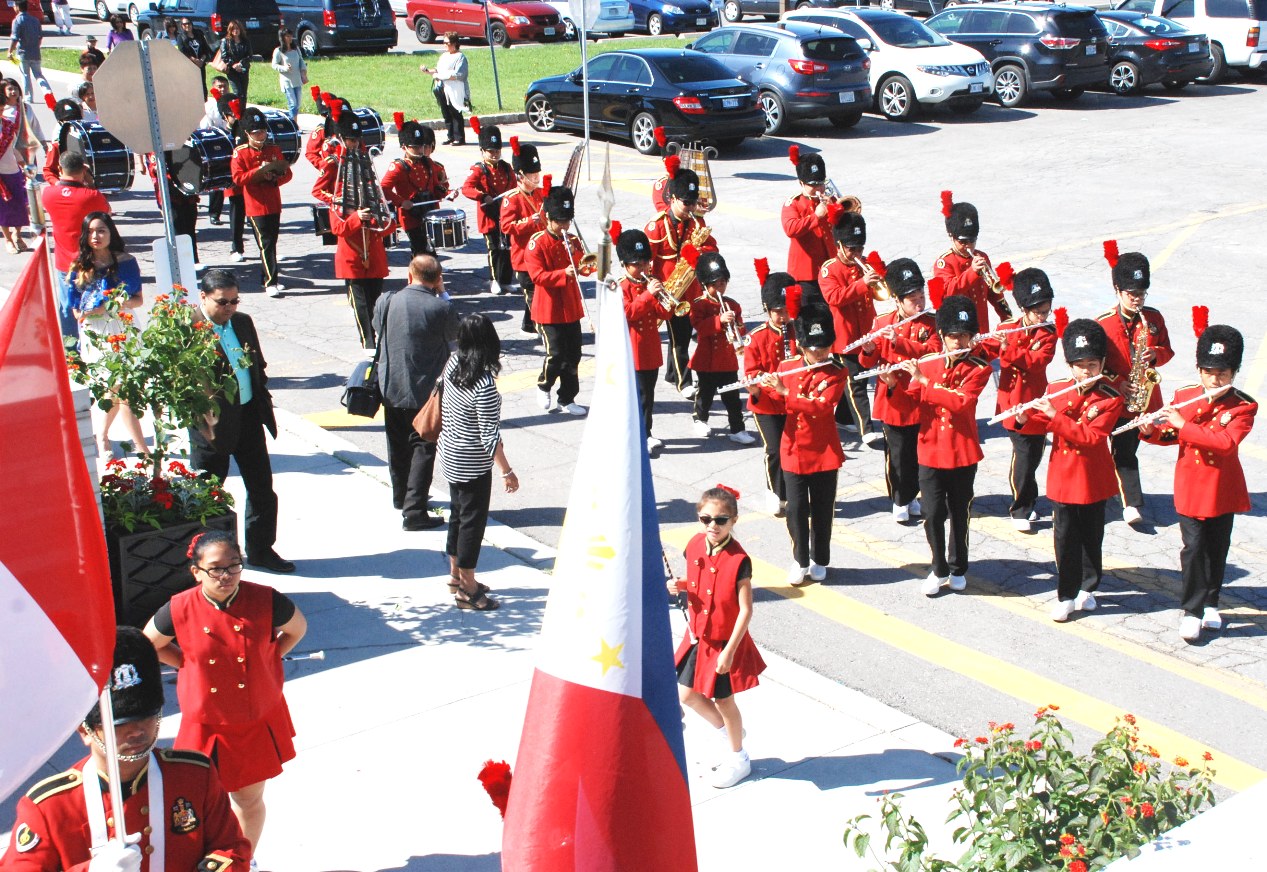 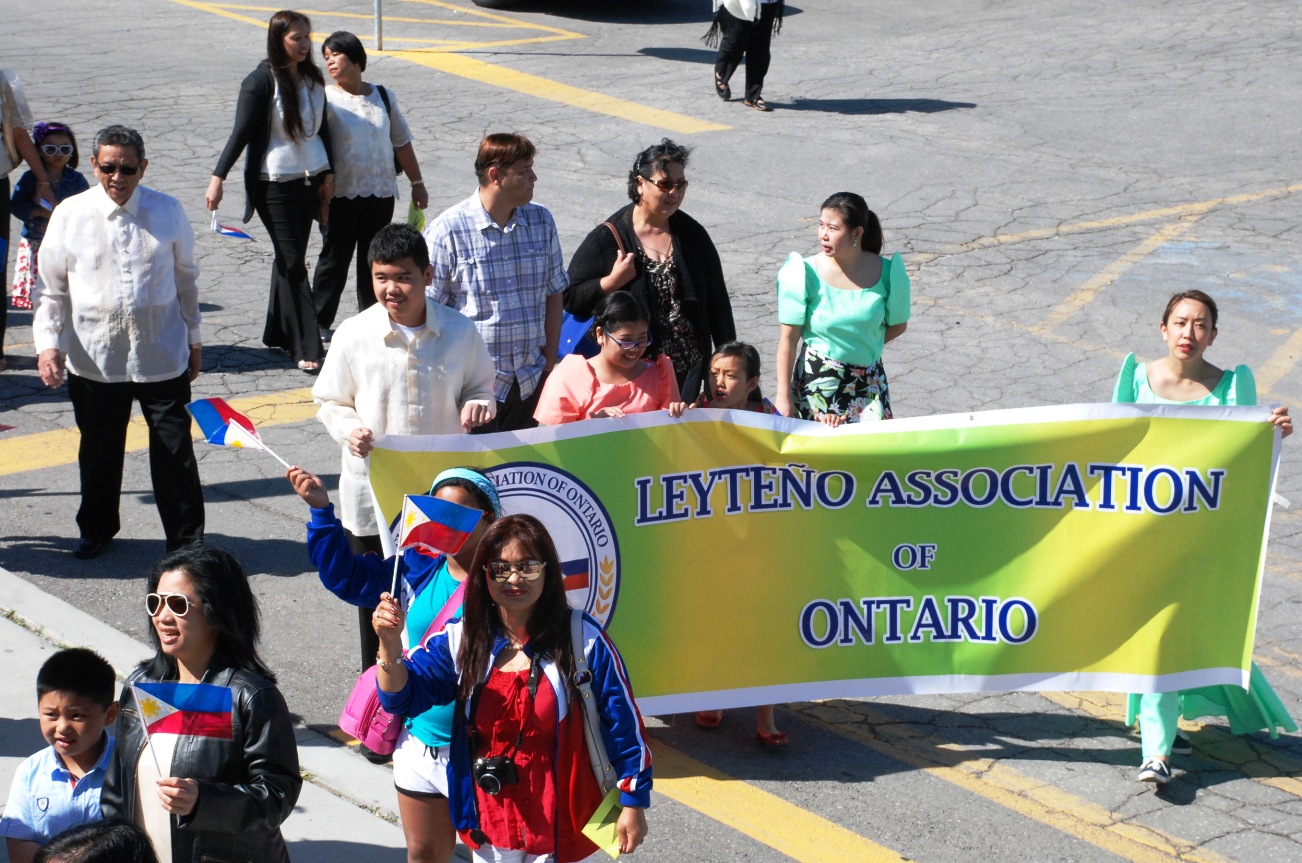 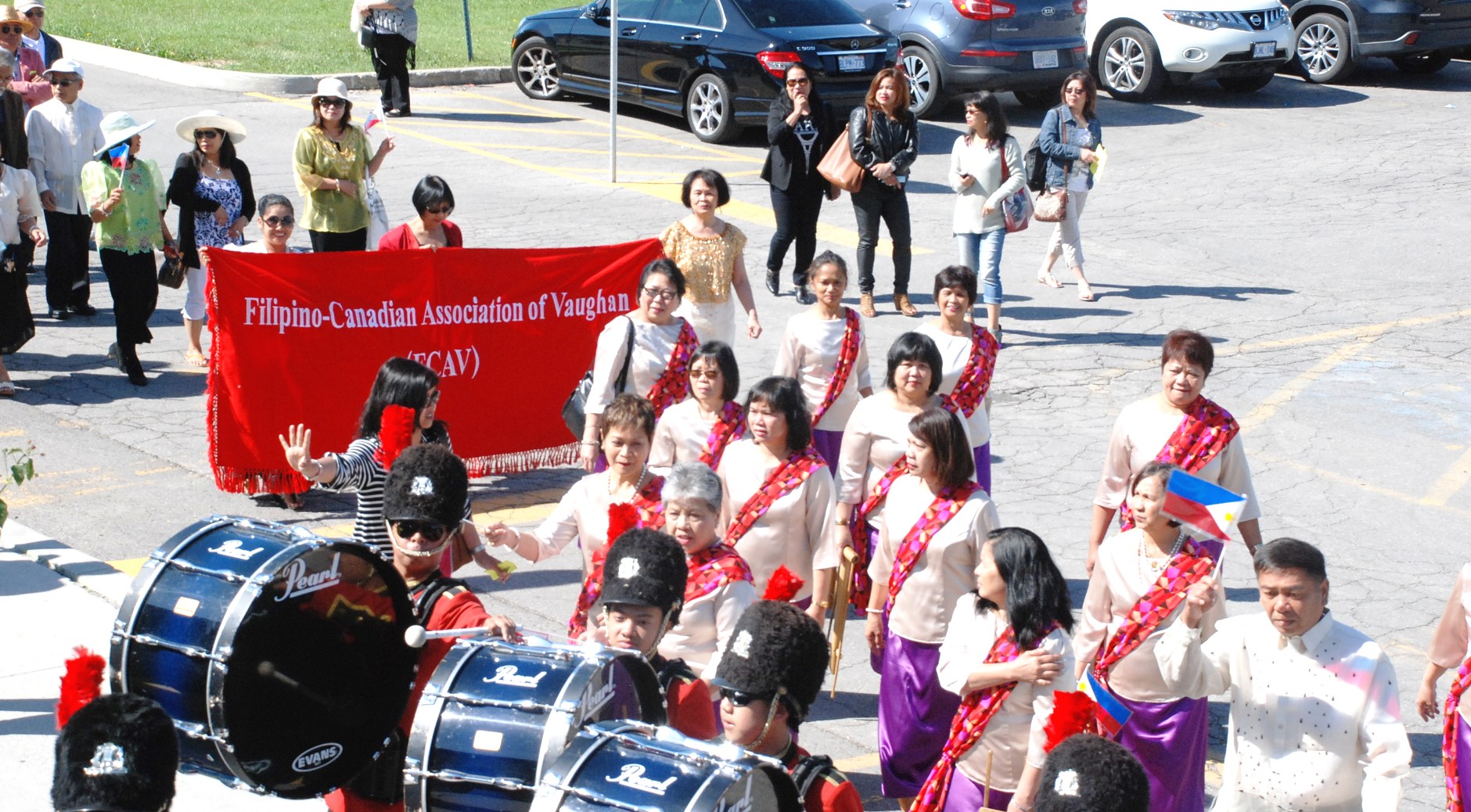 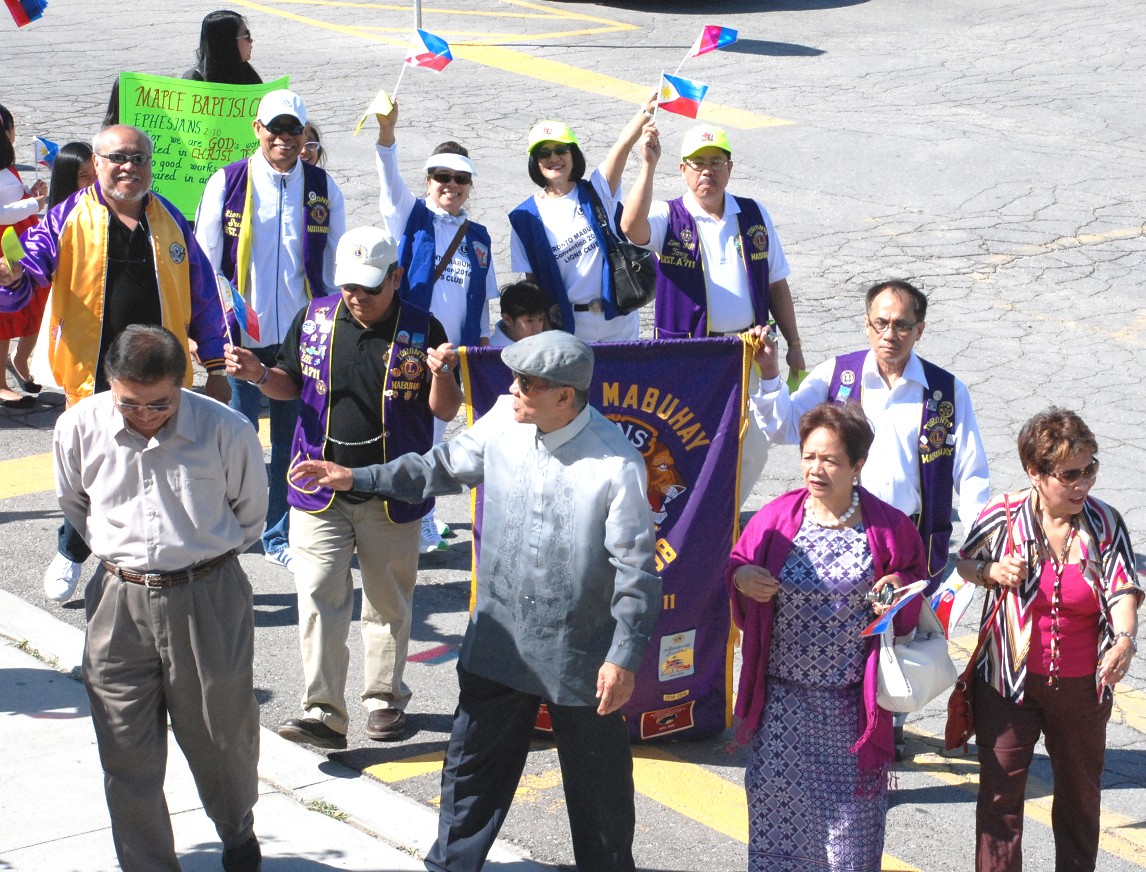 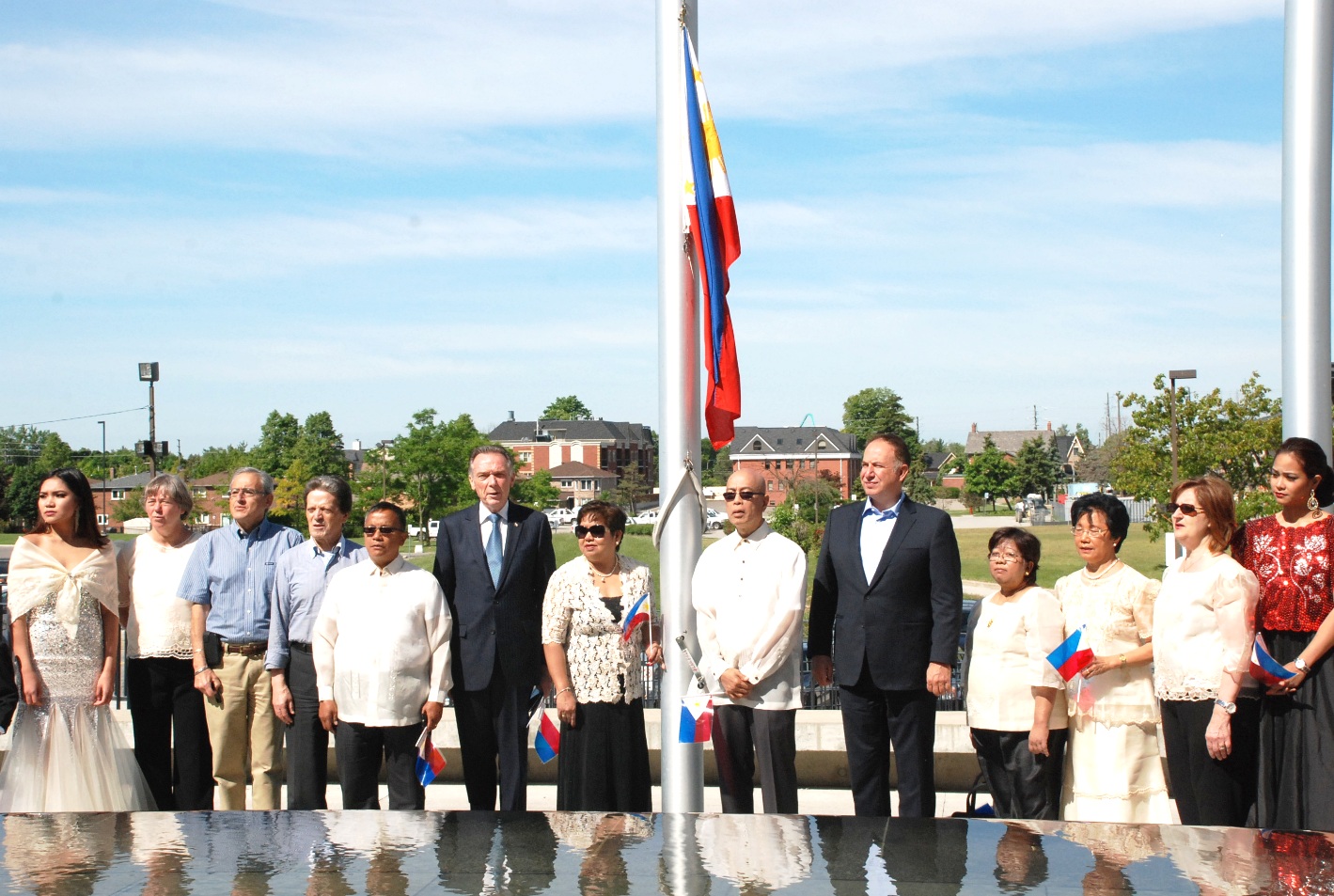 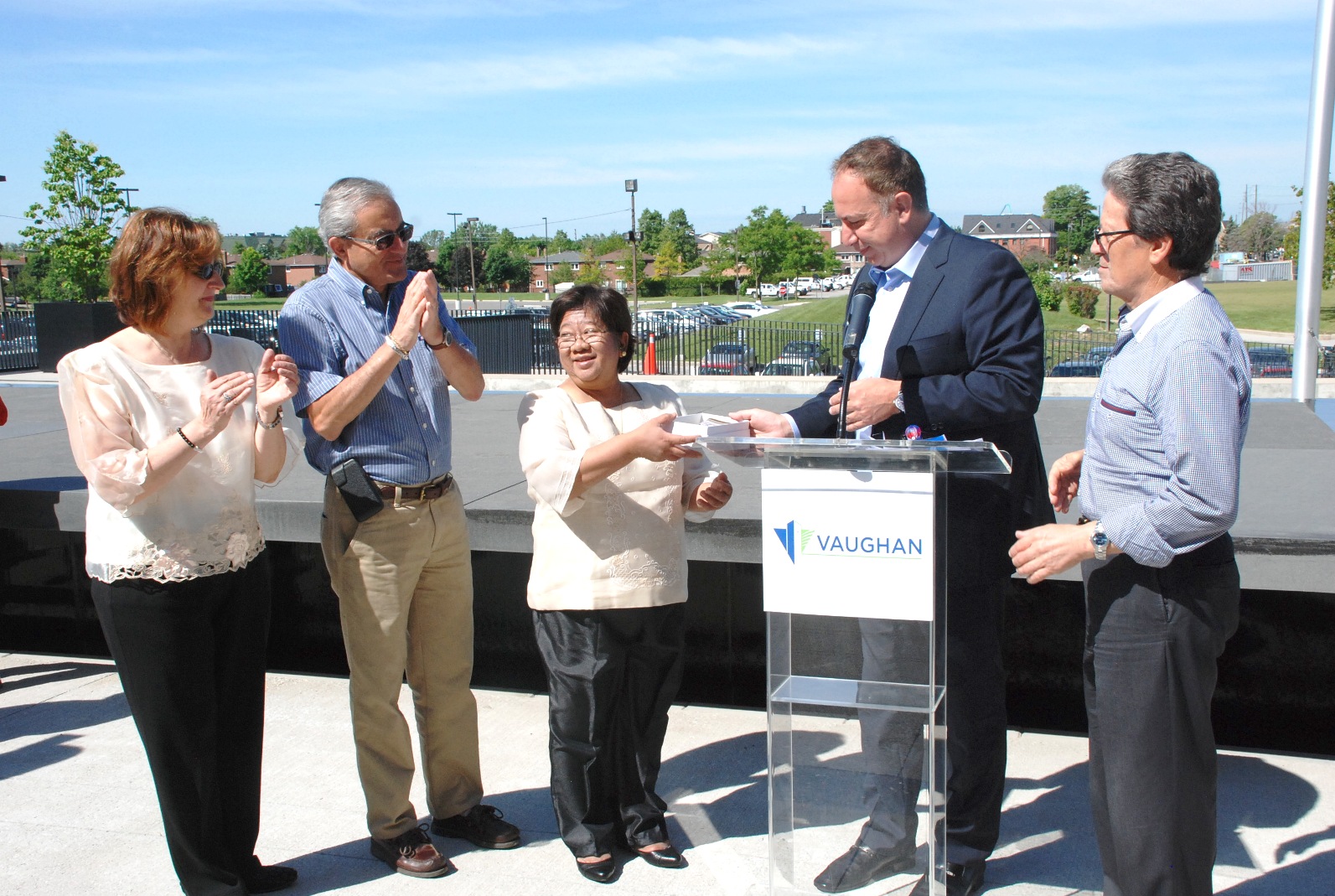 June 3rd, 2015 | Posted by fcav in News Updates - (Comments Off on Filipino Day in Vaughan)

WHAT:    To commemorate the 117th anniversary of Philippine Independence Day, the City of Vaughan will officially fly the Filipino flag and recognize June 07 as Filipino Day. The City of Vaughan is a twin city of Baguio, Philippines. Following the flag raising, program and entertainment will be held at the Courtyard followed by lunch featuring Filipino food.

President Benigno Aquino III was welcomed by Minister Jason Kenney on his arrival in Vancouver, where he presented him with a gift of his favorite traditional Filipino snacks, Chicharon, and designated Minister Kenney an “Honourary Pinoy.” Later, President Aquino and Minister Kenney spoke to several thousand Canadians of Filipino descent at a community event. 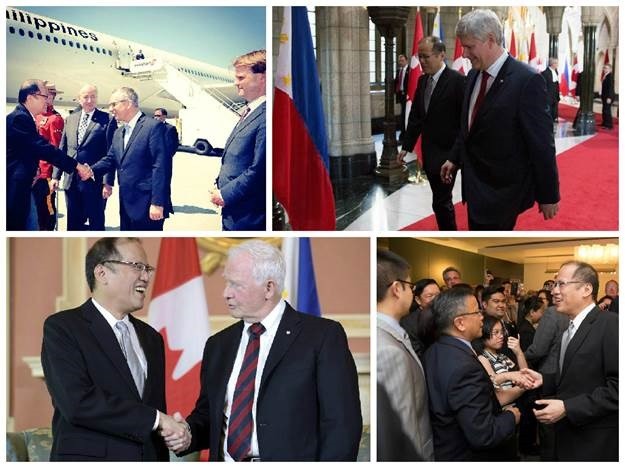 The previous day in Ottawa, Minister Kenney officially welcomed President Aquino to Rideau Hall for the State Dinner hosted by His Excellency the Right Hon. David Johnson, the Governor General of Canada. 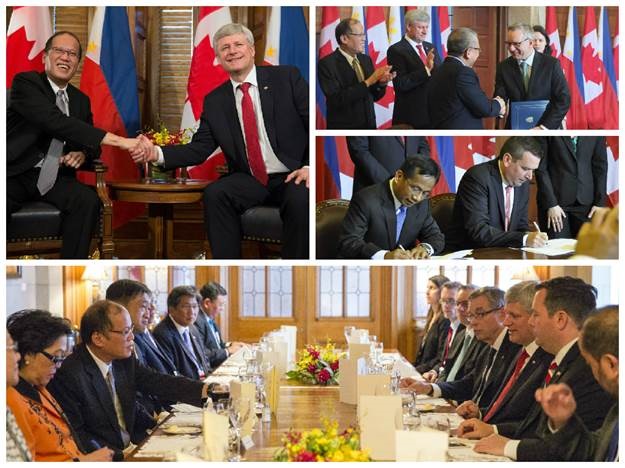 This was President Aquino’s first visit to Canada and the first by a Filipino president since 1997.

As always, please share this message with friends and family. 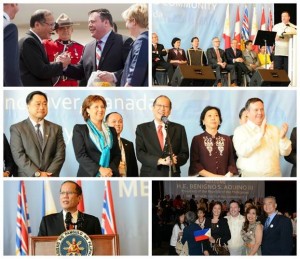 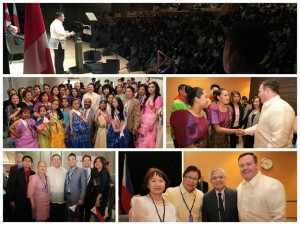 May 19th, 2015 | Posted by FCAV in News Updates - (Comments Off on President Benigno Aquino III’s State Visit to Canada)

On May 7th, 2015, President Benigno Aquino III of the Philippines made a historic visit to Canada on a three-city tour that saw the signing of significant bilateral agreements that will encourage greater trade between Canada and the Philippines, increased security, and development opportunities aimed at reducing poverty in the Philippines.

The president was then officially welcomed to Rideau Hall by His Excellency the Right Hon. David Johnson, the Governor General of Canada, and the Hon. Jason Kenney, Minister of National Defence and Minister for Multiculturalism. 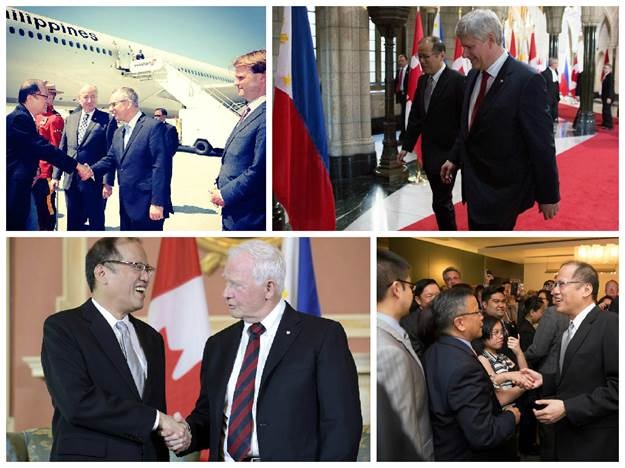 In the afternoon, Prime Minister Stephen Harper welcomed President Aquino to the House of Commons for a joint press conference where they announced key initiatives that will deepen the strong Canada-Philippines bilateral relations, including launching exploratory discussing towards a free trade agreement (FTA) and to work towards upgrading the existing Foreign Investment Promotion and Protection Agreement (FIPA). These initiatives will give Canadian businesses increased opportunities for growth in the Asia-Pacific region.

Minister of International Development and Minister for La Francophonie, Christian Paradis, and his Filipino counterpart signed an important framework that outlines the commitments of both governments toward reducing poverty in Philippines.

President Aquino and the Filipino delegation were joined by Prime Minister Harper and many Parliamentarians and Senators, including Senator Tobias C. Enverga, Canada’s first Senator of Filipino descent, as they continued their visit to Toronto and Vancouver. President Aquino attended a community event at Roy Thomson Hall where he spoke to several thousand members of Canada’s 800,000 strong Filipino community. At this event, Prime Minister Harper announced that Philippines was the number one source country for immigrant to Canada in 2014.

“It was a pleasure to welcome President Aquino to Canada. During his highly productive visit we were pleased to announce several important bilateral initiatives in the areas of commerce, development and security that will benefit citizens in both countries. His visit also provided an opportunity to introduce the President to Canada’s hard working Filipino communities and highlight some of their major contributions to the fabric of our society,” said Prime Minister Harper. 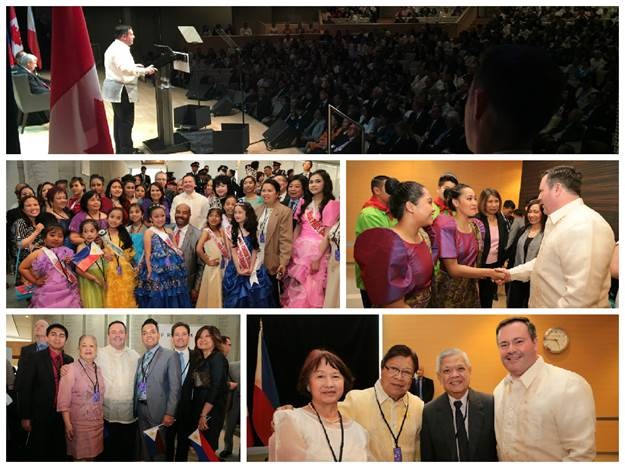 Finally, Minister Kenney welcomed President Aquino to Vancouver, on behalf of the Government of Canada. On his arrival, President Aquino presented Minister Kenney with a gift of a favorite Filipino snack, Chicharrón. They then addressed a gathering of the Filipino community to close out this historic visit by highlighting the strong and growing friendship between Canada and the Philippines. 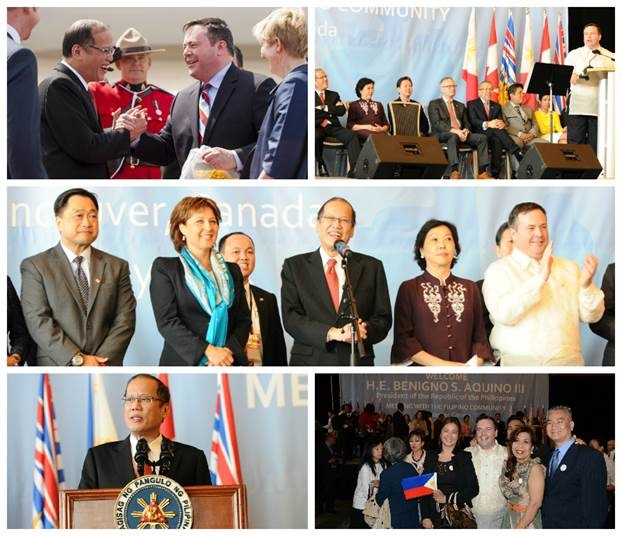 The Office of the Hon. Jason Kenney, PC, MP

April 25th, 2015 | Posted by FCAV in News Updates - (Comments Off on President Benigno Aquino III Toronto Visit on May 8)

President Aquino’s bilateral visit to Canada will provide an opportunity for both leaders to reaffirm the close relationship between Canada and the Philippines, based on strong people-to-people ties. Discussions between the two leaders will focus on expanding trade and investment, as well as cooperation on a range of issues, including development and countering threats to regional and global security. As Chair of APEC in 2015, the Philippines shares Canada’s commitment to fostering the participation of small- and medium- sized enterprises in the global economy. The two leaders will also meet with members of Canada’s vibrant Filipino community.

If you are interested to join us and meet the President, please REGISTER here.

This Is Our Flag, These Are Our People

March 7th, 2015 | Posted by FCAV in News Updates - (Comments Off on This Is Our Flag, These Are Our People) 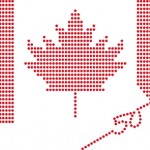 On February 13, the Office of the Lieutenant Governor of Ontario set out to celebrate the 50th anniversary of the Canadian flag in a big way. Thank you for being a part of the commemoration of this important milestone for our country.

If you haven’t already heard, human flag photograph is available for viewing and downloading on our website: http://arts.lgontario.ca/flag.

Photographer Edward Burtynsky and the Office of the Lieutenant Governor of Ontario.

Additionally, on the “behind the scenes” section of the site, you will find a link to video and photos taken during the event. We encourage you to download and share, as you should rightly be proud to have participated in this historic occasion. 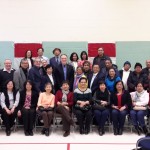 SNAP Vaughan East has been published! You can view and share the photos online here: http://snapd.at/eer73b.