September 21st, 2018 | Posted by fcav in News Updates - (Comments Off on Fundraiser for victims of Typhoon Mangkhut / Ompong)

The fundraising event entitled “ Bangon Kordelyera – Hope for Itogon”  is in conjunction with the 21st Anniversary of the Twinning between the City of Vaughan and Baguio City, Philippines. It includes Dinner-Dance, Silent Auction and Raffle Draw.

All donations will go to the victims of Typhoon Mangkhut / Ompong in Itogon, Benguet province. Proceeds from the ticket sales will to go fixing PKCC gym roof.

FCAV  is a not-for-profit organization founded in 1990 to promote community spirit among Filipinos, assimilate Filipino culture and values into the Canadian society and participate in civic and social events within the community. FCAV was instrumental in the realization of Friendship Agreement between City of Vaughan, Canada and Baguio City, Philippines.

BIBAK is a community-based organization of Filipino Canadians in Ontario from the 5 provinces of the mountainous Cordillera Region, namely,  Benguet, Ifugao, Bontoc, Apayao and Kalinga. Philippines.

Among the BIBAK provinces, Itogon which is located in Benguet incurred the most number of casualties. It was reported more than 100 people dead caused by the landslides and many more wounded, injured, missing, and houses damaged.   Most of the people killed were miners and 80% came from Ifugao. Their families and relatives have camped at the foot of the mountain refusing to leave until they bring home their body of their loved ones.

Should you or your organization wish to donate and support the event, please refer to the attached Flyer and click to the links:

Donation only link – this is for people who might not be able to attend and just want to donate. 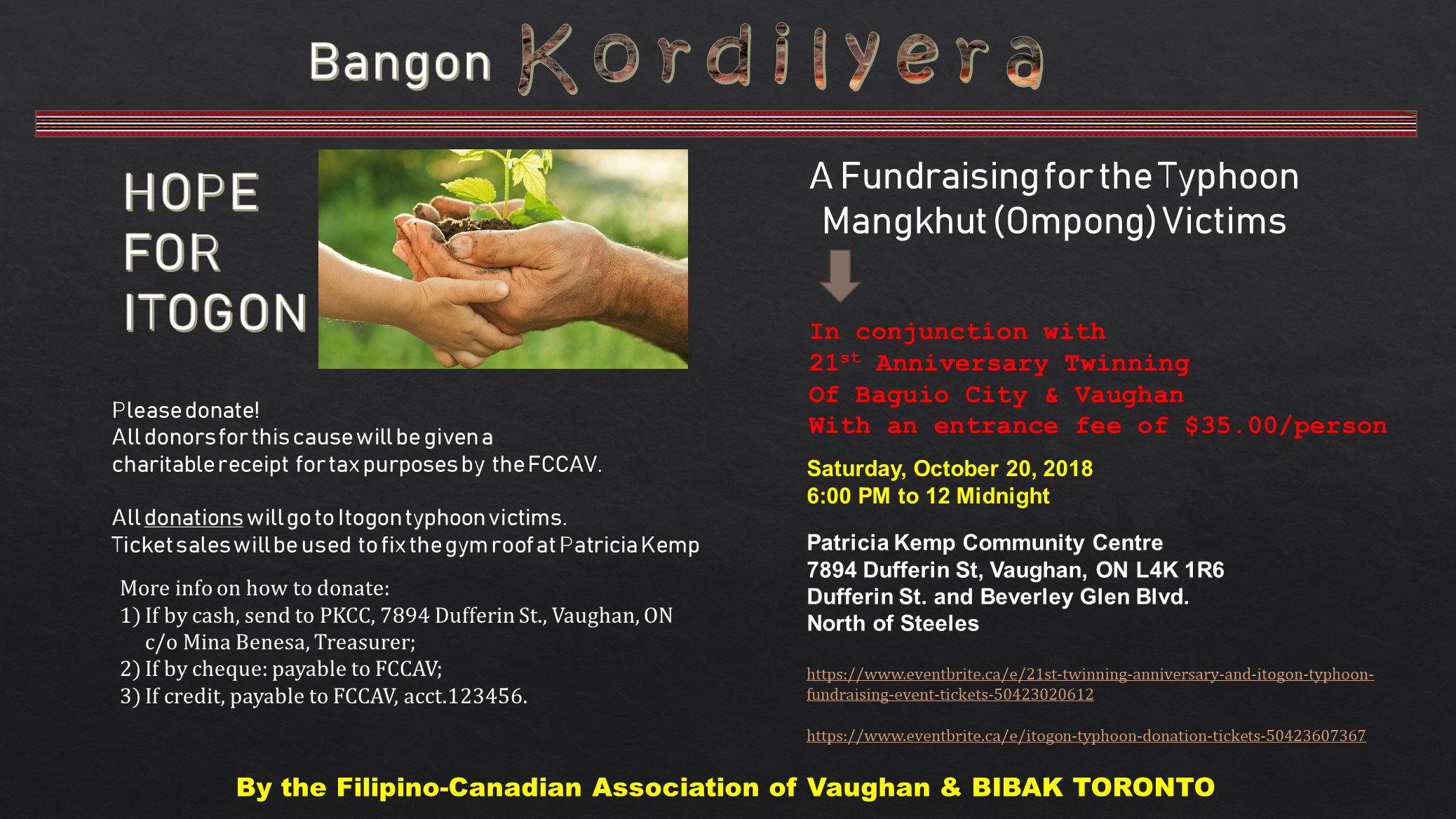 The Parkette was funded in part by the City of Vaughan thru the Canada 150 Community Grant in 2017.  FCAV requested the funding to beautify the south corner of PKCC by naming it a parkette called Philippine Canadian Friendship Parkette. It was supposed to be installed last year during the celebration of Canada 150 Anniversary, however, it was delayed.

FCAV will be beautifying the parkette by installing benches and landscaping it. The parkette will provide FCAV members and the general public a place to enjoy such as picnics and small gatherings to promote social interaction and friendship.

We would like to thank the Mayor and Council Members, particularly Regional Councillor Gino Rosati, and Staff for their continued support. Most especially, we would like to thank Frank Miele, FCAV adviser, for working so hard to have the signs installed just in time before the Anniversary of Twinning. 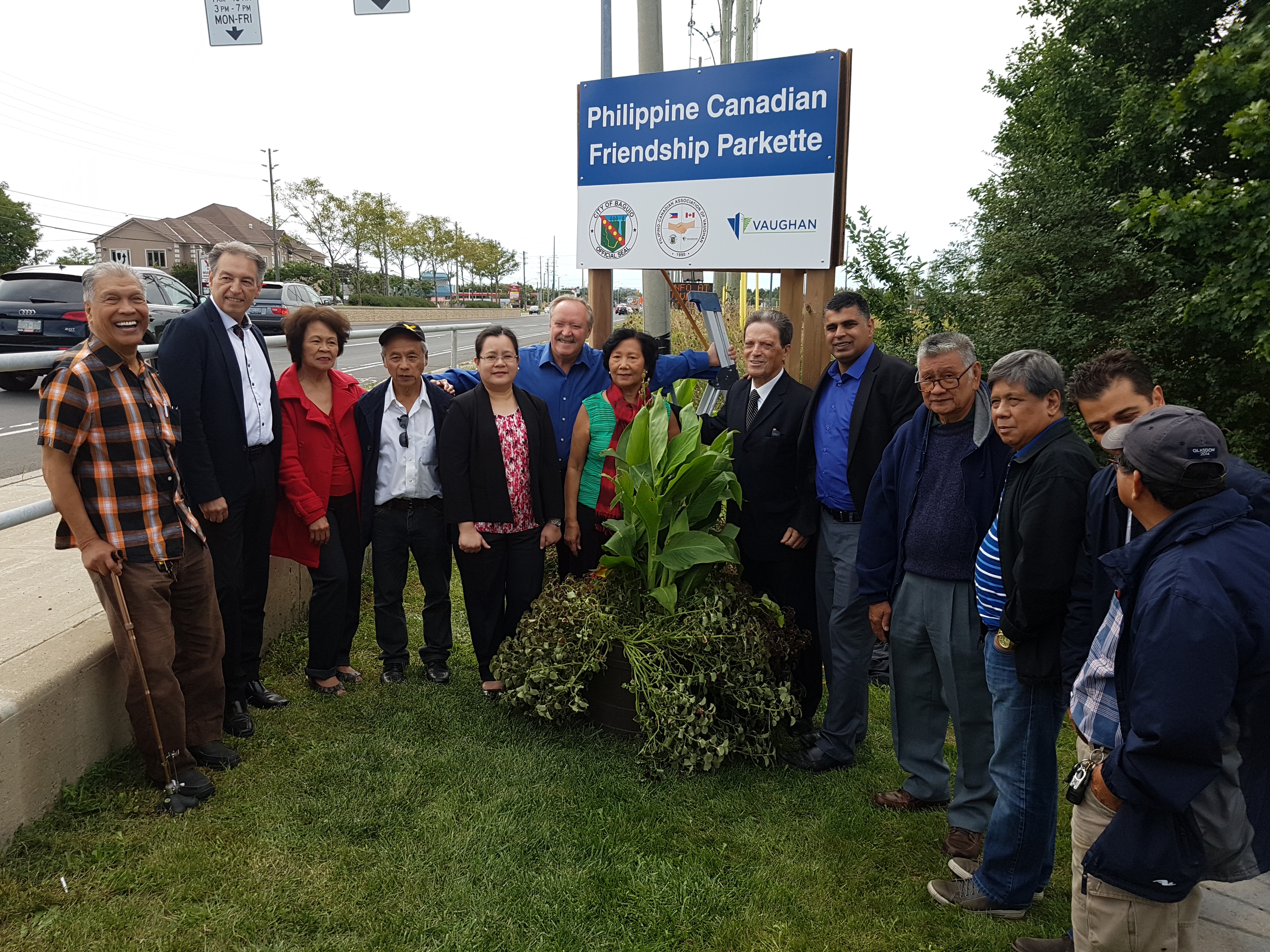 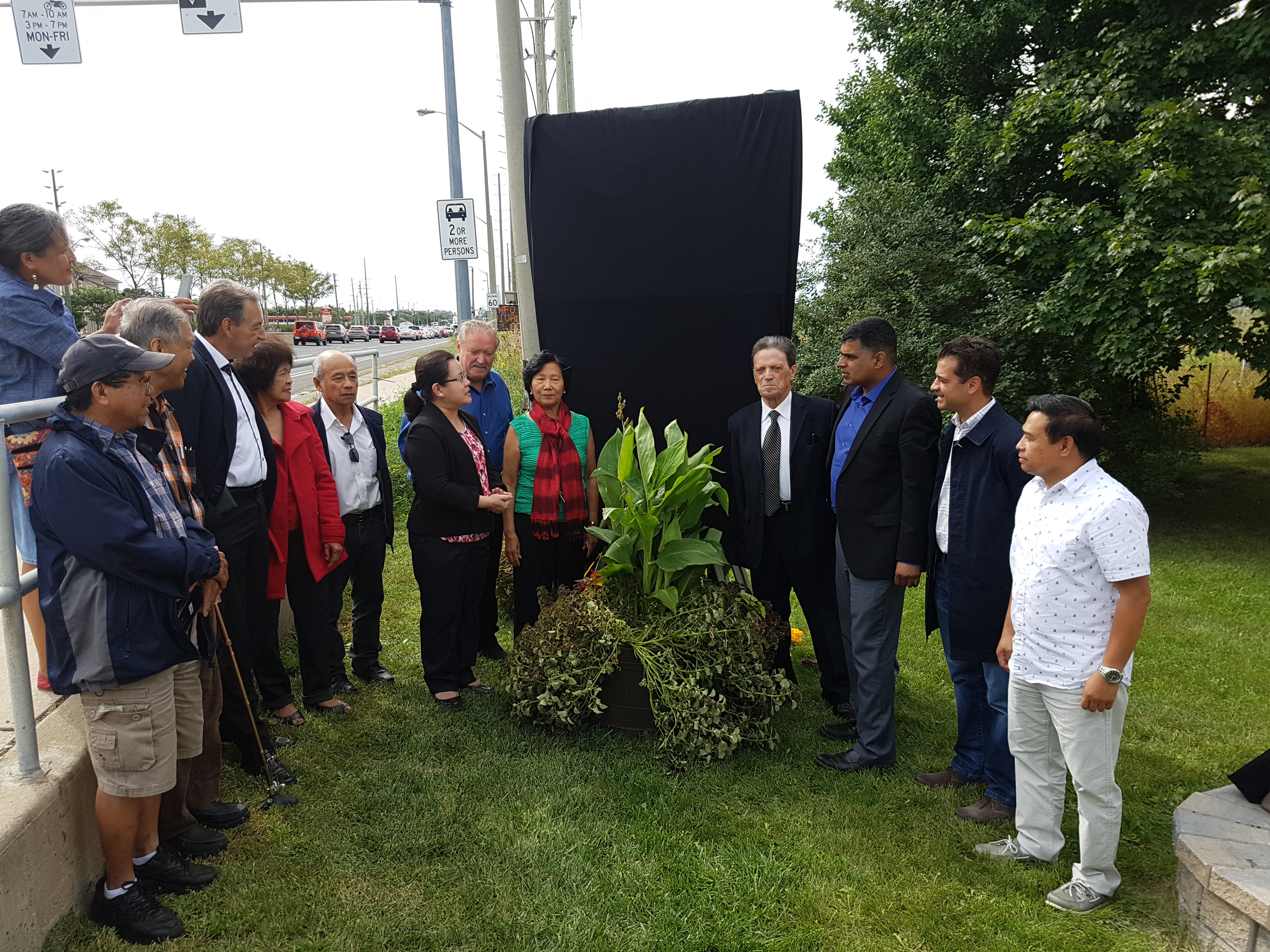 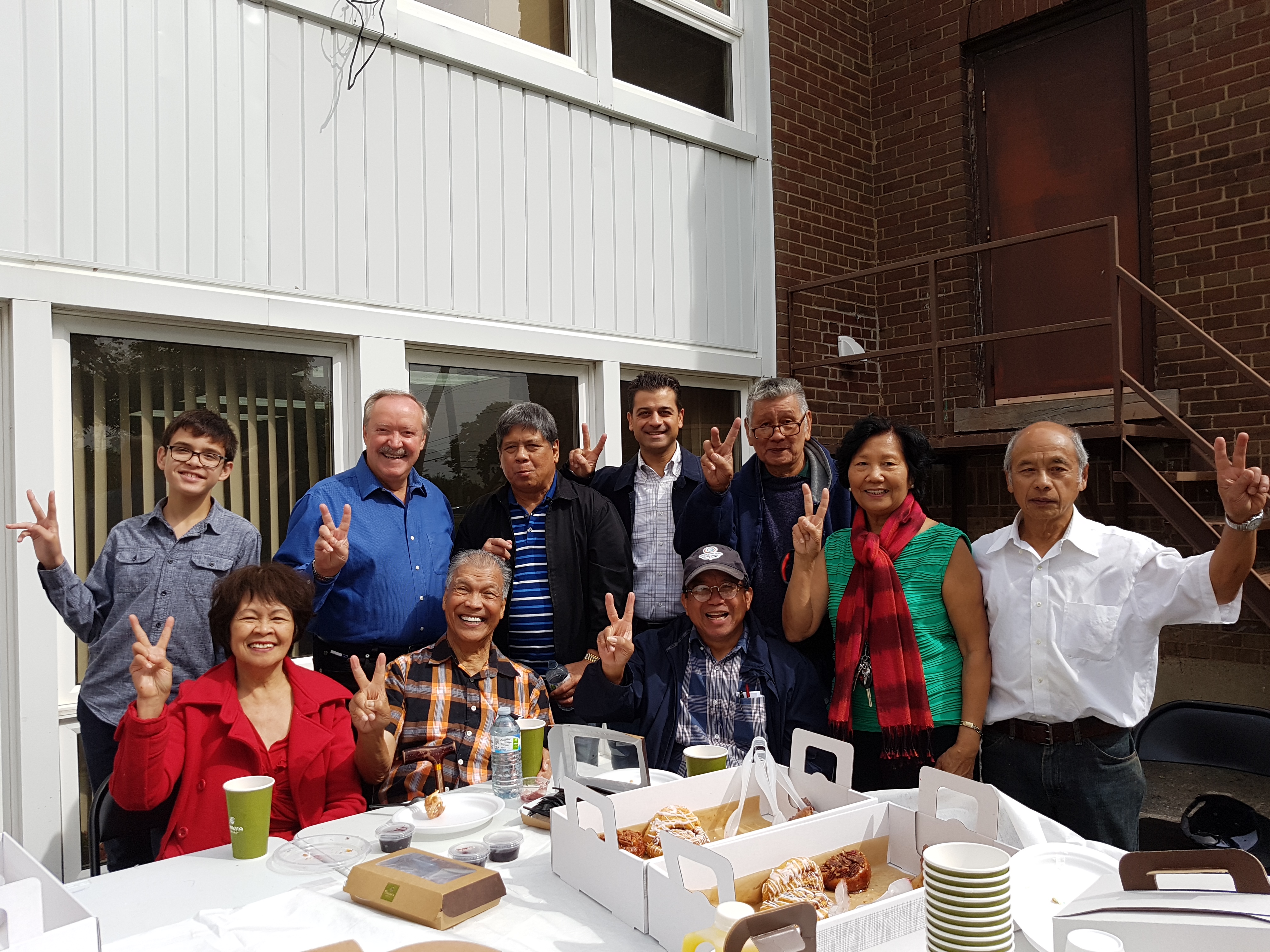 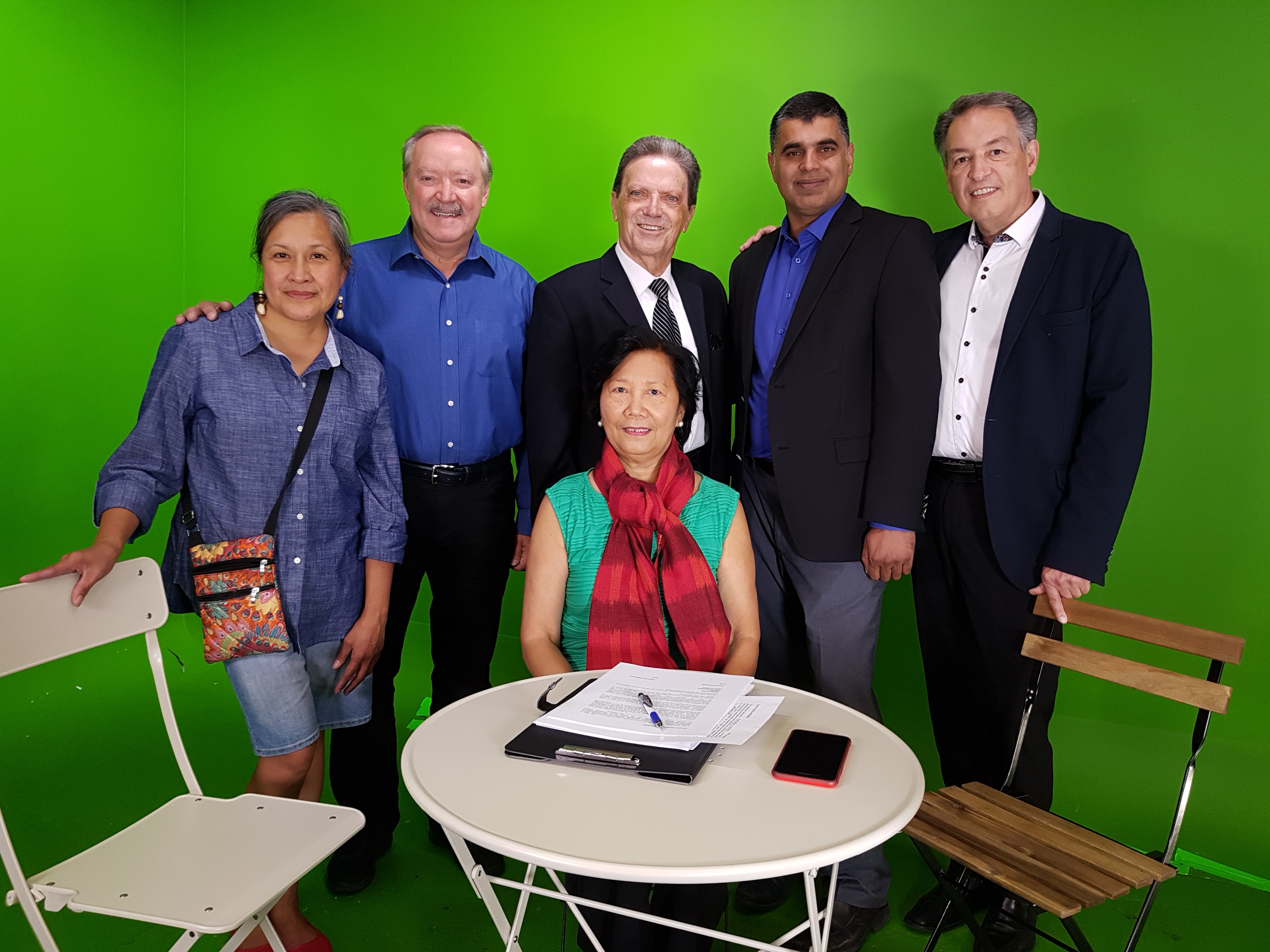 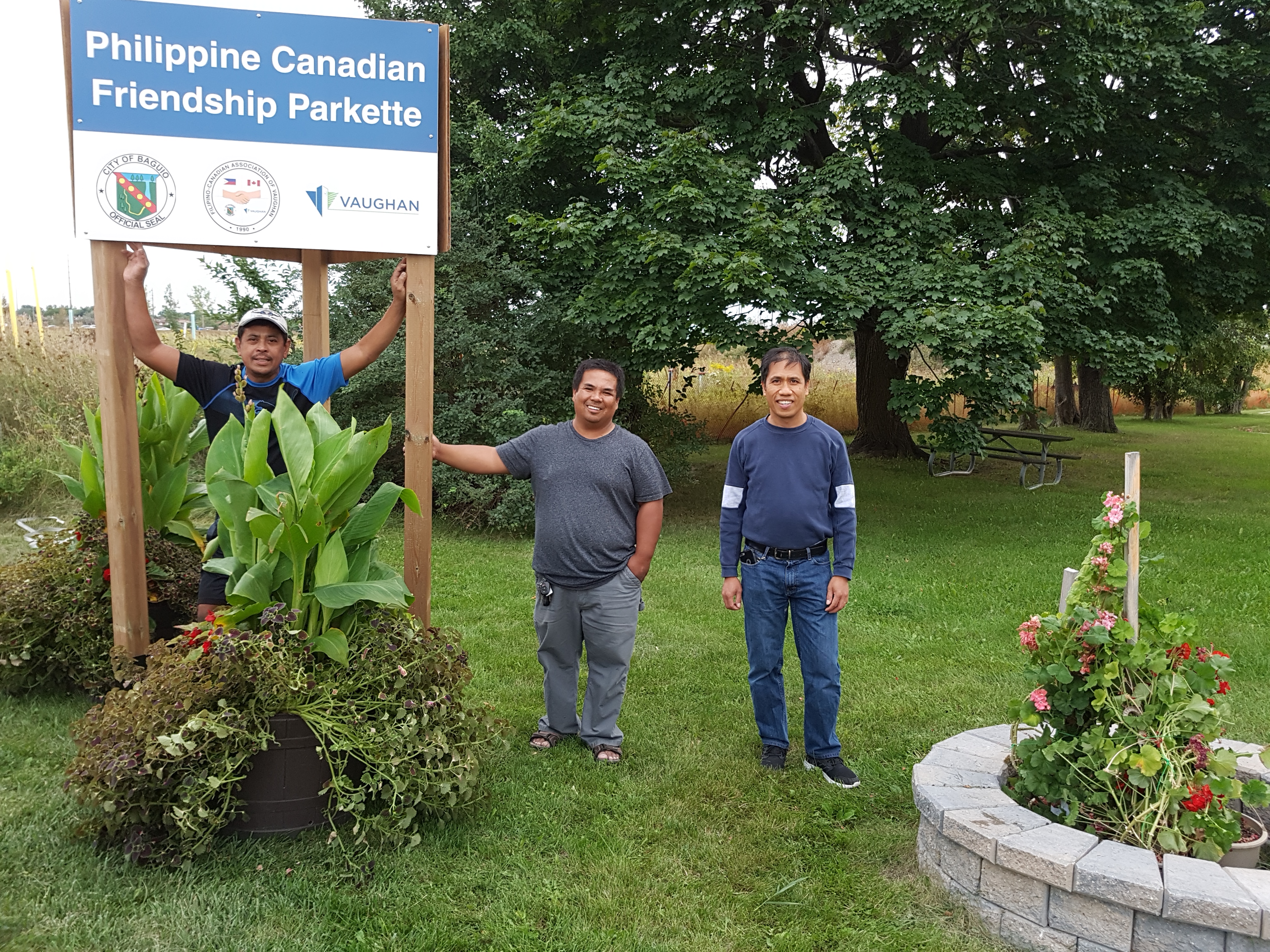 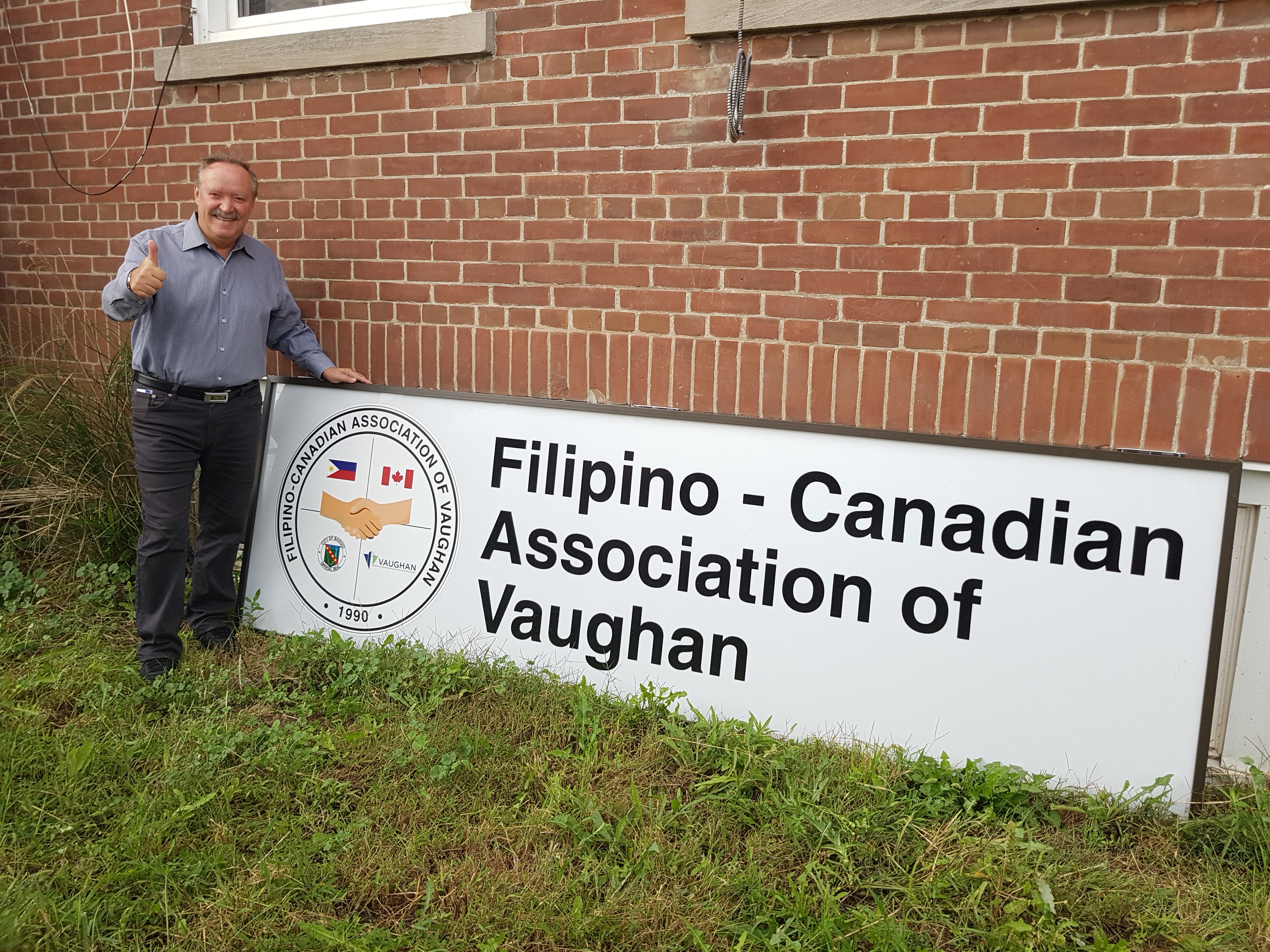 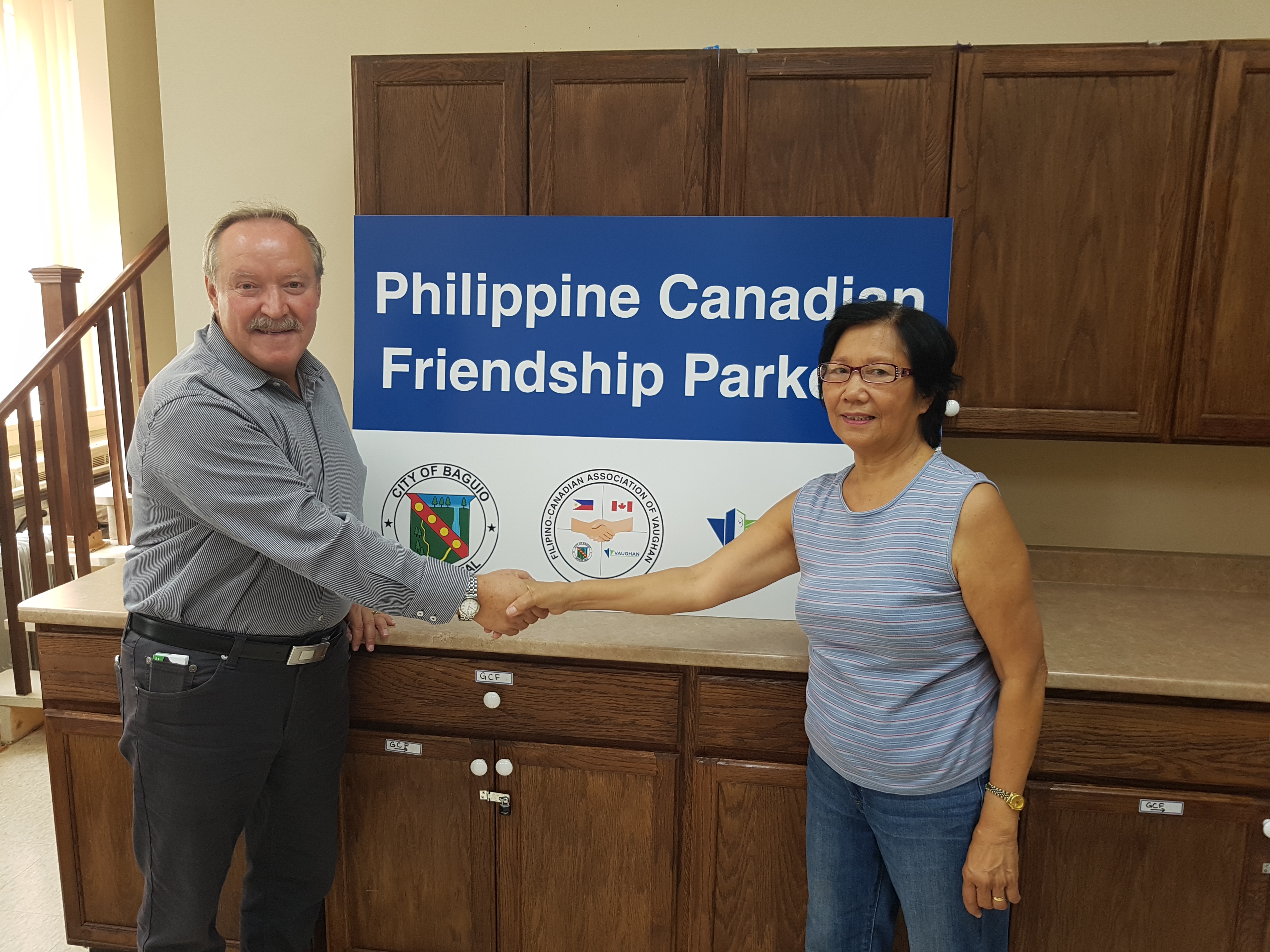 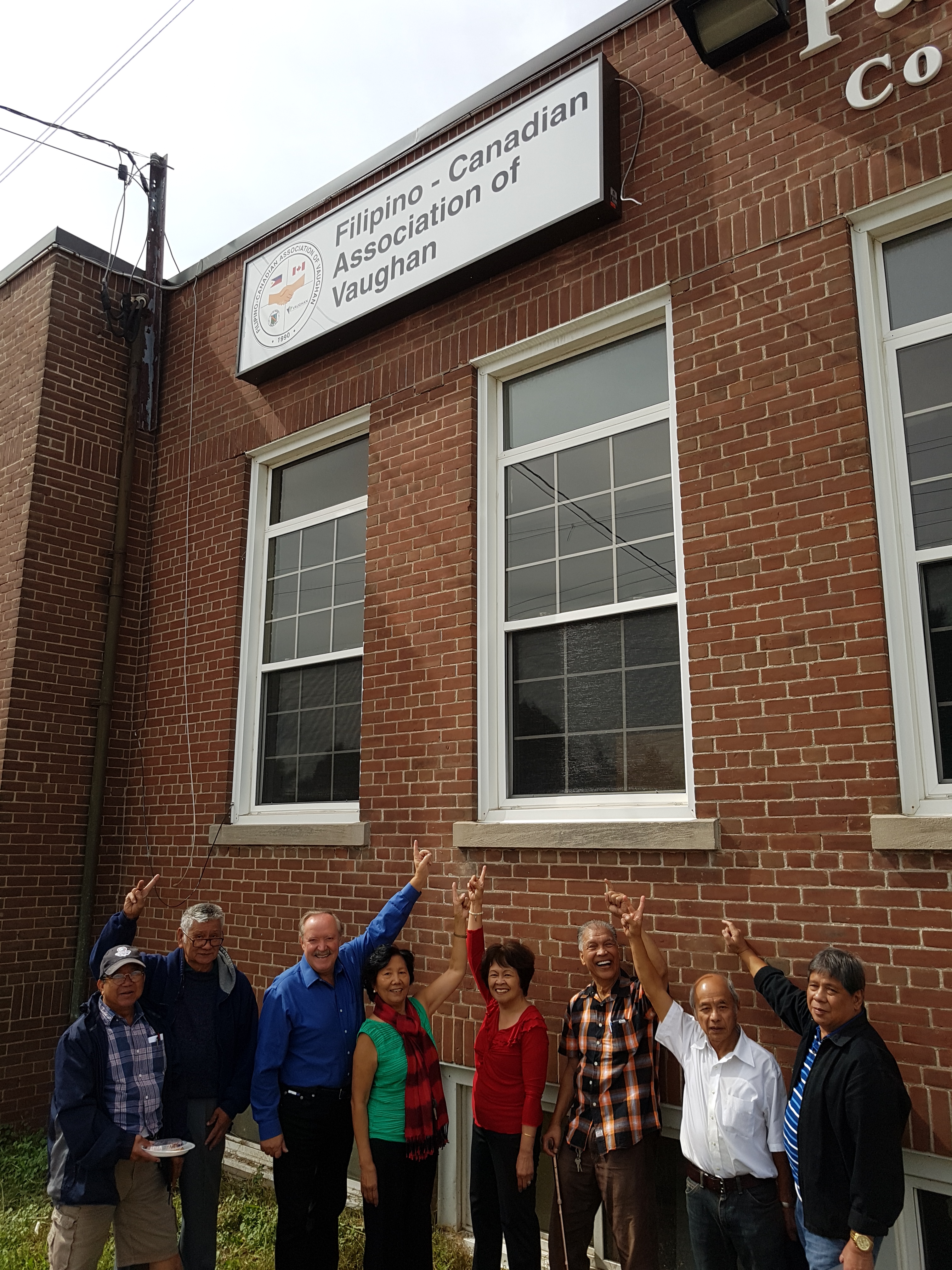 Likewise, we would like to thank FCAV members especially Jackie Cristini, Vittoro, Pastor Tuyading, Rommel Queddeng and Elmo for their assistance.