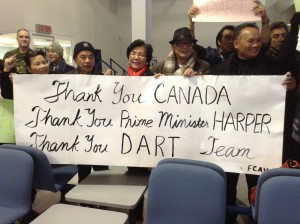 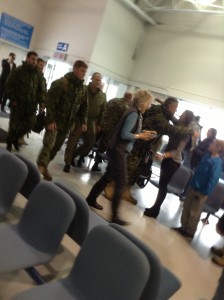 The DART Team did a great job in helping the victims of super typhoon Haiyan.  For the enormous tasks that the DART Team did and the generous aid that the Canadian government provided to the Philippines, not to mention the dollar-for-dollar match up, we can only speak from the bottom of our hearts to say over and over again: Thank you, Canada! Thank you, Prime Minister Harper! and Thank You, DART Team.

December 27th, 2013 | Posted by fcav in Appeal to Kababayan | Donation - (Comments Off on Kababayan Appeal) 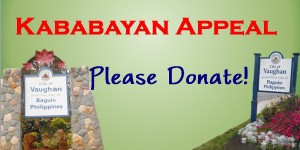 We need your support!
The City of Vaughan has granted us a 20 year lease of this building with a condition to raise 200,000 within a two-year period to renovate this building.

Together with God’s help and our bayanihan attitude, WE CAN!

PLEASE DONATE! All Donations are Receipted and Tax Deductible

City of Vaughan delegation visited their sister city, Baguio, for the “Penagbenga” festival.

December 24th, 2013 | Posted by fcav in News Updates - (Comments Off on City of Vaughan delegation visited their sister city, Baguio, for the “Penagbenga” festival.) 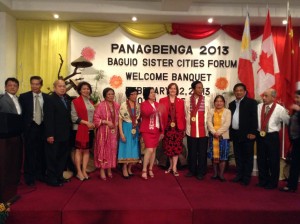 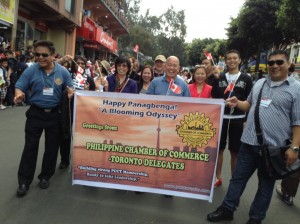 The delegation from Vaughan also participated in the planting of Sister City trees, Sister City forum and the Business forum.

Overall, the Vaughan delegation and the Canada Trade Mission had a wonderful time. 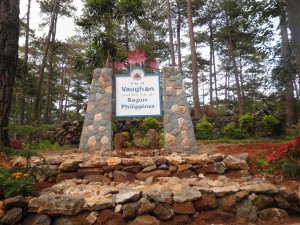